The law in Canada surrounding third party reproduction can be divided into two categories –The Assisted Human Reproduction Act, which provides a legislative framework at the federal level, and provincial law which can be based on legislation or case law. Provincial law is used to establish parentage of any child born through assisted reproduction.

The Assisted Human Reproduction Act (the “AHRA”) is federal legislation which was proclaimed, in part, on April 22, 2004 and notice of the proclamation was published on May 5, 2004. The Act contains a list of prohibited activities which relate to the purchase of donor gametes, and payment of compensation to surrogates. The section which allows the reimbursement of expenditures to gamete donors and surrogates has not yet been proclaimed, and Health Canada has taken the position that until Section 12 is proclaimed into law, all reasonable expenses incurred in the course of donation in the case of gamete donors, or in the course of the surrogacy, as the case may be, may be reimbursed. The Act does not provide any guidance with respect to establishing parentage of any child born through reproductive technology, as parentage falls within provincial jurisdiction.

In the words of Health Canada, “The legislation has three objectives: it prohibits human cloning and other unacceptable activities; it seeks to protect the health and safety of Canadians who use AHR procedures; and it ensures that AHR related research, which may help find treatments for infertility and diseases such as Parkinson’s and Alzheimer’s, takes place in a controlled environment.”

The legislation was challenged in a case which was appealed all the way to the Supreme Court of Canada. In the 2010 decision, the Supreme Court held that many of the Act’s provisions were outside of the jurisdiction of the federal government. The Act, once all encompassing, is now a much less comprehensive piece of legislation.

Further details which will govern the interpretation of the AHRA will be set out in Regulations. Regulations are not yet available, even though Health Canada set 2008 as a target date for the draft regulations governing the reimbursement of expenses to donors and/or surrogates to be available.

Each province maintains its own method of establishing parentage. The province in which the child is born will govern the process. Generally, the woman who gives birth is presumed to be the child’s mother. In the case of surrogacy, this presumption must be overturned in a post-birth court application. 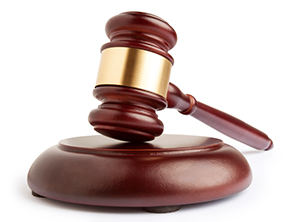