Egg donation, sperm donation and embryo donation are all legal in Canada. the “purchase” of gametes is not permitted, but reimbursement of all of a donor’s out of pocket expenses related to the donation, is legal. It has become increasingly difficult to find a donor in Canada, but everyone who is looking for a donor finds one.

Legally, the respective rights and obligations of the intended parents and the ovum donor are consistent regardless of whether the donor is known or anonymous. Contrary to popular belief, anonymity does not protect any party. The decision of whether to proceed anonymously should be made based on social factors and not legal factors.

Finding an Egg Donor in Canada

The first step in locating an egg donor is to decide whether or not you wish to approach women within your circle of family and friends.

If there are no known donors available to you, or if you choose to proceed with a third party donor, there are several ways of locating a donor in Canada. The most common method is working with an egg donor agency, as payment of funds to an agency to find you a donor is not prohibited under the federal legislation.  If you choose to try to find your own donor, you can look online or even post an ad, but advertising for the “purchase” of ova is a prohibited act under the Assisted Human Reproduction Act, S.C. 2004, c.2. In order to conform with the Act, there should be no mention of payment or compensation of any kind in any advertisement. .

Finding an Egg Donor in The United States

Legislation regarding reproductive technology is currently found in 36 states. As reproductive technology is governed by state legislation and not federally, the regulatory environment will vary from state to state. You may choose to: (i) find an American egg donor and work with an American physician, or (ii) work with an American egg donor agency that will facilitate the donor’s travel to Canada, allowing you to undergo the cycle in Canada with your own physician. Whether or not the model of the US donor flying to Canada conforms with the Act remains to be seen, but it has become quite common. Some US clinics will, as part of their services, find an egg donor on your behalf.

Some Canadian clinics are now recommending that patients acquire “lots” of frozen eggs from US frozen egg banks. This can be an attractive option because of the speed at which you can proceed, though it is quite costly. The legalities are not clear cut, and this approach is best suited for those who are not hoping for several children, or who are not concerned if their children are genetic siblings. 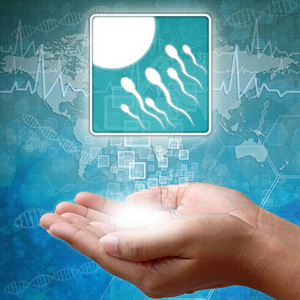